At War with the Panthers


So you've probably heard - I have been shouting out about it, a lot - that Janalya is in the box set A Breath of Paranormal. Today I'd like to share an excerpt with you. 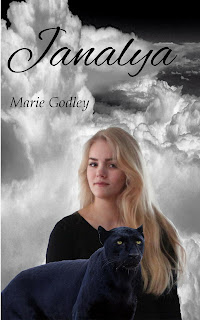 Janalya is an air elemental, searching for others of her kind.


Katsuo is Shatara, a shape-shifting panther.


History decrees that they are enemies, but fate seems to be handing them different roles. Both of them have to leave their villages as young adults and through the years they meet several times.


When Janalya finds two teenagers, her problems really start. First, she not only has to find out how to train them, but how to avoid those that seek to do them all harm.


What is Janalya’s true destiny, and is it more complex than even she knew? And how does Katsuo fit into it?

Kun sat on the edge of the bed, his elbows resting on his knees. His head dropped into his hands; it felt too heavy to lift again. He smelt the mud and sweat ingrained in his skin and wondered if he could smell blood too or if that was just his imagination.


He struggled to his feet and washed his hands in the basin of water. His tunic was shredded where the panther’s claws had slashed at him. Tearing it off, he threw it onto the floor. His skin was littered with scratches, and there was blood coming from a cut across his chest. He bathed the wound, but it wasn’t deep, so he covered it with a dressing and put on some clean clothes.


He fell back onto the bed. His eyelids were heavy and he was losing consciousness when a cough brought him back.


Kun groaned and rolled off the bed, stumbling after the messenger.


Men, weary from fighting, were sitting huddled round fires. Some were having their wounds dressed; others were spooning thick stew into their mouths. The aroma of the hot meal made Kun’s stomach rumble. The hunger and fatigue nearly overcame him as a haze descended, and his head began to spin. His steps faltered as he took a deep breath, the blackness abated.


The messenger left him at the leaders’ tent – he took a moment before entering – once he was sure he was steady, he pushed the flap aside.


Finton greeted him. The fire elemental showed signs of weariness and had a bandage around his arm, for he had been alongside Kun on the battlefield, leading the attack against the Shatara.


“Possible truce. The panthers halted their attack just after we left the field.”


“See for yourself.” Finton stepped aside so that Kun could see into the middle of the tent.


Seated round the table were Mokosh, the water elemental and Carreen, representing the air elementals. Across from them was Fahd, the leader of the Shatara, the shape-shifting panthers.   One side of his face was scorched, but he was still trying to maintain a superior look. It wasn’t working. He appeared to be in pain, and his eyes were narrowed with anger.


Finton and Kun took their seats at the table.


“The terms are simple. You can no longer capture humans or supernaturals and use them as your slaves. They are under our protection, and any such actions will result in a return to war,” Mokosh stated.


There was silence. Everybody was watching Fahd. His mouth twitched, but he said nothing. Then he snatched the quill and signed the document.


“Kun, please sign for the earth elementals.” Carreen passed the scroll after signing her own name.


“You have two days to withdraw the Shatara.” Carreen’s clipped tone drew a sneer from Fahd.


Kun had never seen anyone surer of themselves at their surrender. The Shatara must have been decimated for Fahd to have yielded now – not that you would have known it during the last battle; the panthers had been ferocious fighters.  He wondered if this was really the end of the trouble between the elementals and the Shatara.


“Kun, Finton, will you please escort Fahd from the camp.”


Fahd walked between them, his stride relaxed and measured. Out of the corner of his eye Kun saw faces looking out from the tents, watching as they ushered him out. He could feel the tension as their eyes followed Fahd’s footsteps.


Fahd stepped out of the camp and without acknowledging them further, quickened his pace. He was barely out of the perimeter before he shifted. Kun saw him run over to two other panthers who had appeared at the edge of the field. They turned as a group and disappeared into the shadows of the longer grass. 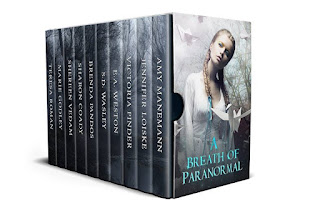 
I hope you liked this sneak peek. To read more, and all the other great stories, go to one of the links whilst it's still at it's launch price of under $1/£1. And if you love them, we would love it if you could right a review or let others know.