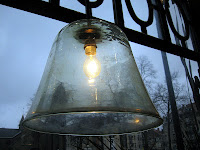 Today my beam of light has picked out Fateful Night


K.R. Hughes
Hughes is an English major from Amarillo, Texas. She now resides near Atlanta, Georgia. She enjoys writing with her co-author T.L. Burns. They have just finished writing book 2 in the trilogy and are in the editing process.


Hughes enjoys working with budding writers and tutoring English. Her passion is for at-risk teens. She volunteers to help teens realize their potential and find their passion. Hughes has two grown children, Justin and Kayti, and two four legged girls, MayZee and Ruthie.


Find other works by this author in the Historical Romance section, pen name is Kymber Lee, "Treasured Love" and "Lord Tristan's True Love" are both a fun romp written in Regency England in 1811. Lee (Hughes) wrote these novels for her grandmother who is a huge supporter of her work.


As Burns' co-author puts it "She is the foremost researcher and historical guru for our novel "What She Knew Trilogy." They have just finished writing book 2 in the trilogy and are in the process of editing it.


Burns is originally from California (desert region, with mountains), spent nearly 20 years in the panhandle of Texas (again, desert region only without the mountains) and now resides near Atlanta, Georgia. In her words "Trees and flowers everywhere!! Even the weeds are green and lush! I feel like I'm living in a postcard!! And, no wind! The desert regions are sooooo windy."


Burns passion is for at-risk families. She volunteers her time to help the needy, not with a hand-out but with a hand-up. She is married and has two grown sons (best sons in the whole world) and two 4 legged sons, Binford and Digby. 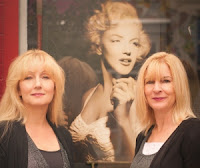 Both authors currently reside in Atlanta, GA where they write and encourage budding authors to follow their dreams. You can connect with them at any of the following social media groups:
http://www.twitter.com/whatsheknewbook
http://www.kandtproductions.com
https://www.facebook.com/whatsheknew.krhughestlburns?fref=ts

Synopsis
Did Marilyn Monroe commit suicide? Did someone get away with an elaborate plot to murder the famous sex goddess? On that “Fateful Night” in August 1962 find out what may have happened to her and why she was killed. Many argue that she was involved in way too many secrets from different factions of the world. She was a smart woman who could play the dumb blonde to attain her stardom yet she unwittingly learned of conspiracy plots and political threats that would not only end her life but that of the current president, John F. Kennedy.
In this fast paced suspense every major player of the early sixties is involved, from the world politicians, to the Rat Pack, to Hollywood, and the mafia. What if Marilyn Monroe had lived and what if what she knew could have saved JFK?
Fact or fiction? What if....
Book Excerpt
With an almighty kick the door crashed open and Peter ran into the bedroom. “Shit! Marilyn!”
Kneeling beside the bed the stench of vomit assailed his nostrils even before he saw it, staining the sheets and pillow around the woman.
“Marilyn, wake up.” He shook her hard enough to force her to stir.
Sighing in relief, he scooped her up, carried her across the room, and out of the house unconscious in his arms. Pushing her into the backseat of his sedan, Peter jumped in and sped away.
“Hang in there, Marilyn. We’re almost there. Don’t die now.”
To get your copy of Fateful Night click this link: http://dld.bz/c6FmS
I want to thank the authors for allowing me to use their photos and an excerpt from their book on my blog.
Marie
www.mariegodley.moonfruit.com
Posted by marie at 07:41