Over to you Jeremy


Today I'm letting Jeremy Breitenbach take over my blog. Over to you Jeremy.

My name is Jeremy Breitenbach. I am legally blind with cerebral palsy. I use Braille. I've been writing since I was 15. I started out with writing original stories based off of The Legend of Zelda and original stories based off a '90's cartoon I love called Adventures of Sonic the Hedgehog, but in the years since I stopped writing the Adventures of Sonic the Hedgehog stories, but still continued to write The Legend of Zelda stories. I evetually created an original series based on The Legend of Zelda consisting of 3 books so far. I also began writing my own original stories based on the anime Dragon Ball Z (which I'm a HUGE fan of); so far writing 3 original Dragon Ball Z stories. In 2009, I started writing my first real book; a book for adults entitled The Gateway finishing it in 2011. While writing that I began writing children's books. I've written four (so far). Those books being: The Abduction of Benjamin Williams, My Dog George, Tim's Story (which I am still working on and will be the next book I publish), and Lost in Wisconsin. I also wrote a how-to book entitled How To Read and Write Braille. In 2014, I came across Author Ronnie C. Dawson, CEO and founder of Broken Bars Publishing and told him about myself and all 6 of my books. I e-mailed him The Gateway, and long story short I published it through them. It's available on Broken Bars Publishing's website, Amazon in paperback and Kindle, and Barns and Noble's website for Nook. Here's what all 6 of my books are about - How To Read and Write Braille: details how to read and write Braille, The Gateway: a physicist opens a gateway on a planet within another dimension which leads to an alien invasion; violence and strong language, The Abduction of Benjamin Williams: a family gets betrayed by a neighbor they thought they could trust, My Dog George: a boy's dog runs away, Tim's Story: A boy becomes an orphan after his parents are killed in a tragic car crash. (None of the characters in this book are based on actual people. The basis for this book was inspired by the story told in Contemporary Christian Music artist Steven Curtis Chapman's song "When Love Takes You In", and Tim's red hair was inspired by the hair color of the orphan boy in Steven Curtis Chapman's song "All I Really Want".), and Lost in Wisconsin: a boy gets separated from his parents while they are going on vacation, and due to his dyslexia boards the wrong plane. Excerpts from all 6 of these books can be found under the "Notes" tab of both my official Facebook page and my personal timeline (for those that wish to "Follow" me).

Here's what the books in my original The Legend of Zelda series are about - The Hyrulean Civil War: The Saga of King Link, Book 1 (a civil war breaks out in Hyrule), The Rezlorian Empire: The Saga of King Link, Book 2 (an emperor wants to conquer Hyrule), and The Great Moblin Invasion: The Saga of King Link, Book 3 (the King of the Moblins plans to invade the Upper World). Here's what my Dragon Ball Z original stories are about - The Return of King Piccolo (King Piccolo returns to Earth to seek revenge on Goku), Turles' Revenge (Several years after his defeat, Turles escapes from Hell in another attempt at taking over the Earth), and The Return of Garlic Jr. (The shattering of dimensions caused by Janemba destroys the barrier which separates the Dead Zone from Earth's dimension once again releasing Garlic Jr). Excerpts from The Legend of Zelda original series and my original Dragon Ball Z stories can only be found under the "Notes" tab of my personal timeline. (They will not be put into Notes on my official Facebook page. So if you are interested in reading any of these particular stories feel free to "Follow" me.) 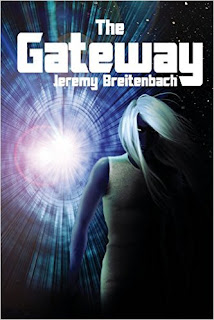 Hope you all hearing about Jeremy and his work

Marie
www.mariegodley.moonfruit.com
Posted by marie at 11:24